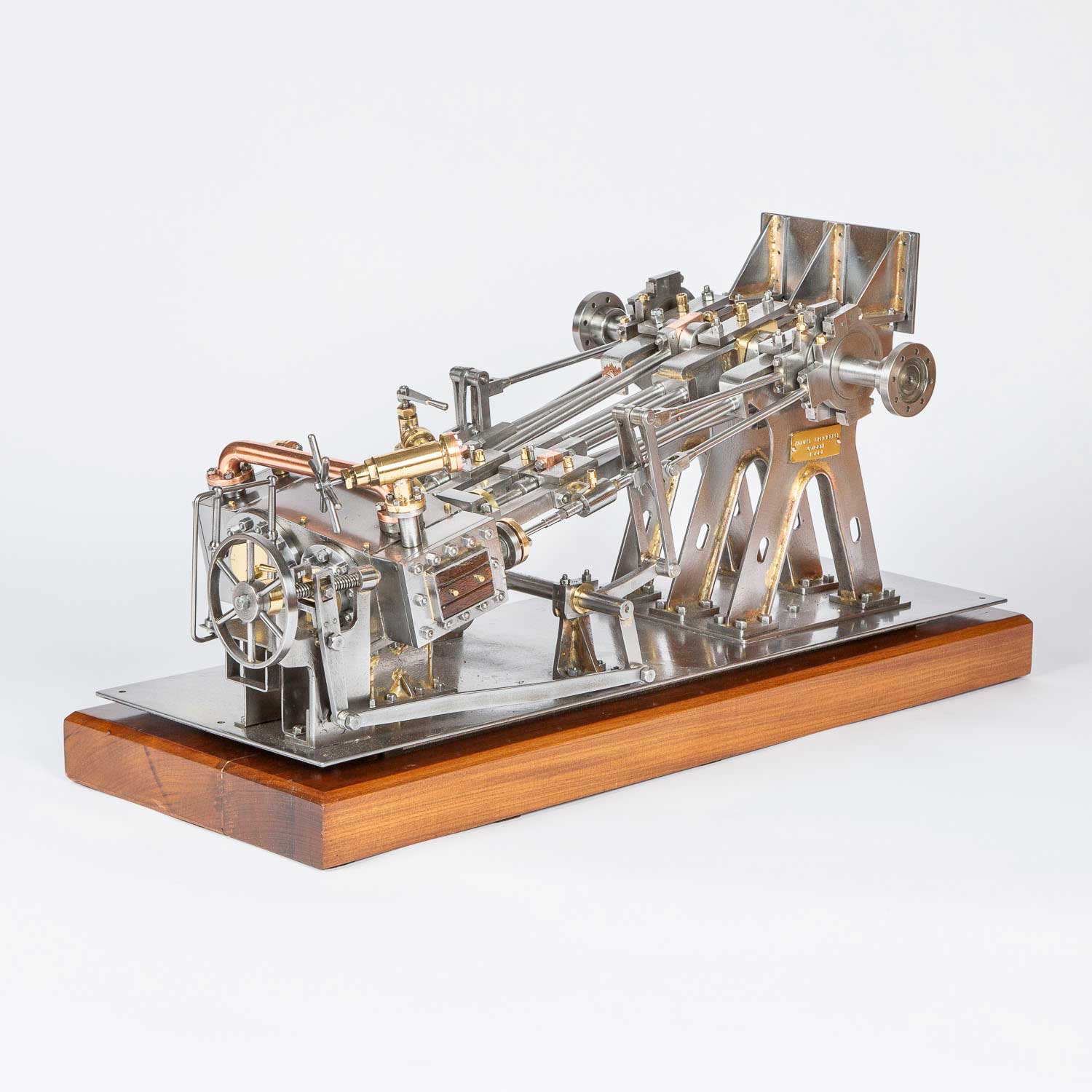 Sheet steel clad cylinders are 1.5" and 2" bores by 2.5" stroke, fitted with main stop and simpling valves. The Stephenson link gear reverse is operated by hand-wheel and worm with a cut-off locking lever. the crankshaft is flanged either side for the paddle shafts.

Formerly in the collection of The British Engineerium, Hove.

Mounted on a later wooden base.

The Thames Ironworks & Shipbuilding Company ltd, was a shipyard and iron works straddling the mouth of Bow Creek at its confluence with the River Thames, at Leamouth Wharf (referred to as Blackwall). Its main activity was shipbuilding, but it also diversified into civil engineering, marine engines, cranes, electrical engineering and motor cars.

The company notably produced iron work for Isambard Kingdom Brunel's Royal Albert Bridge over the Tamar in the 1850's, and the world's first all-iron warship, HMS Warrior, launched in 1860. 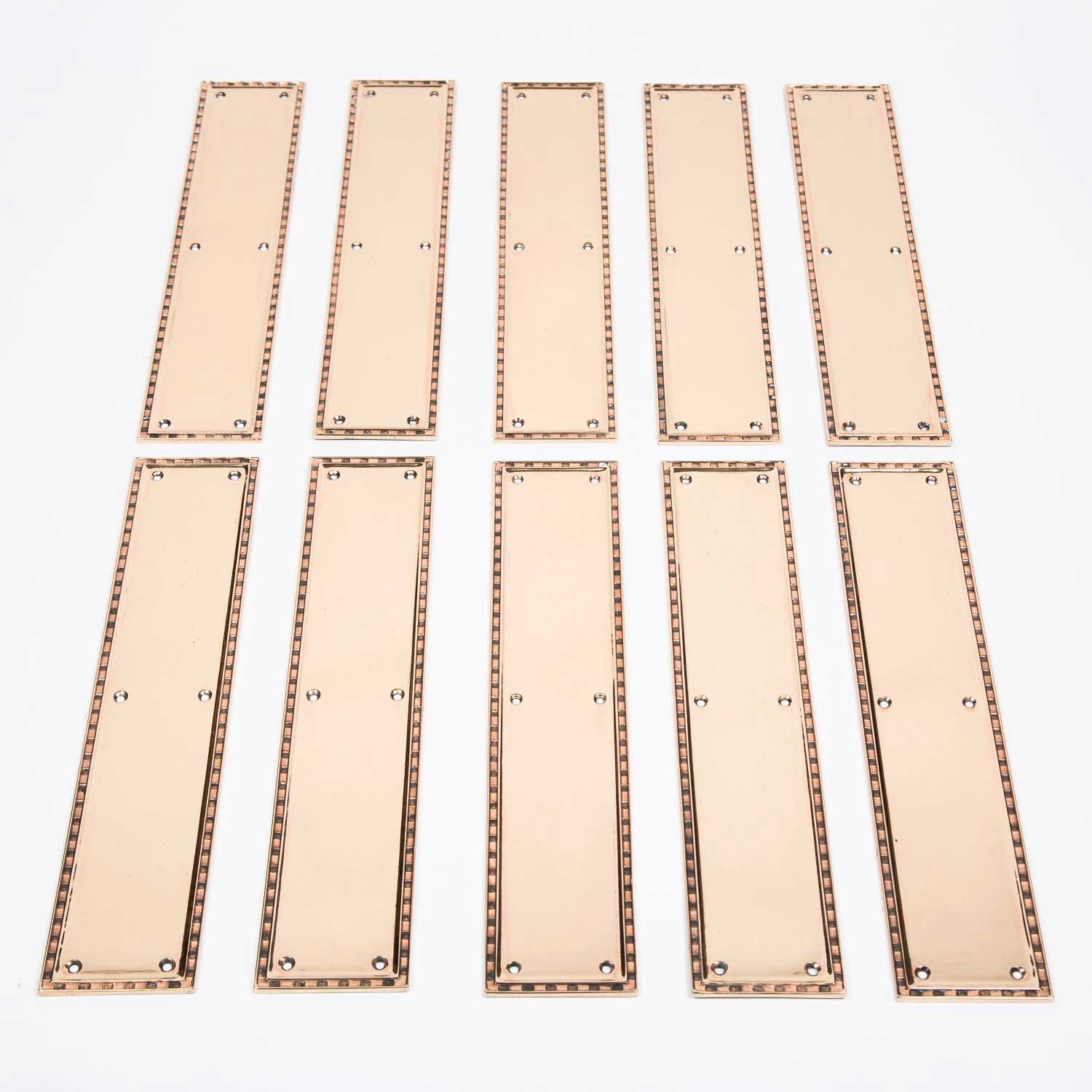 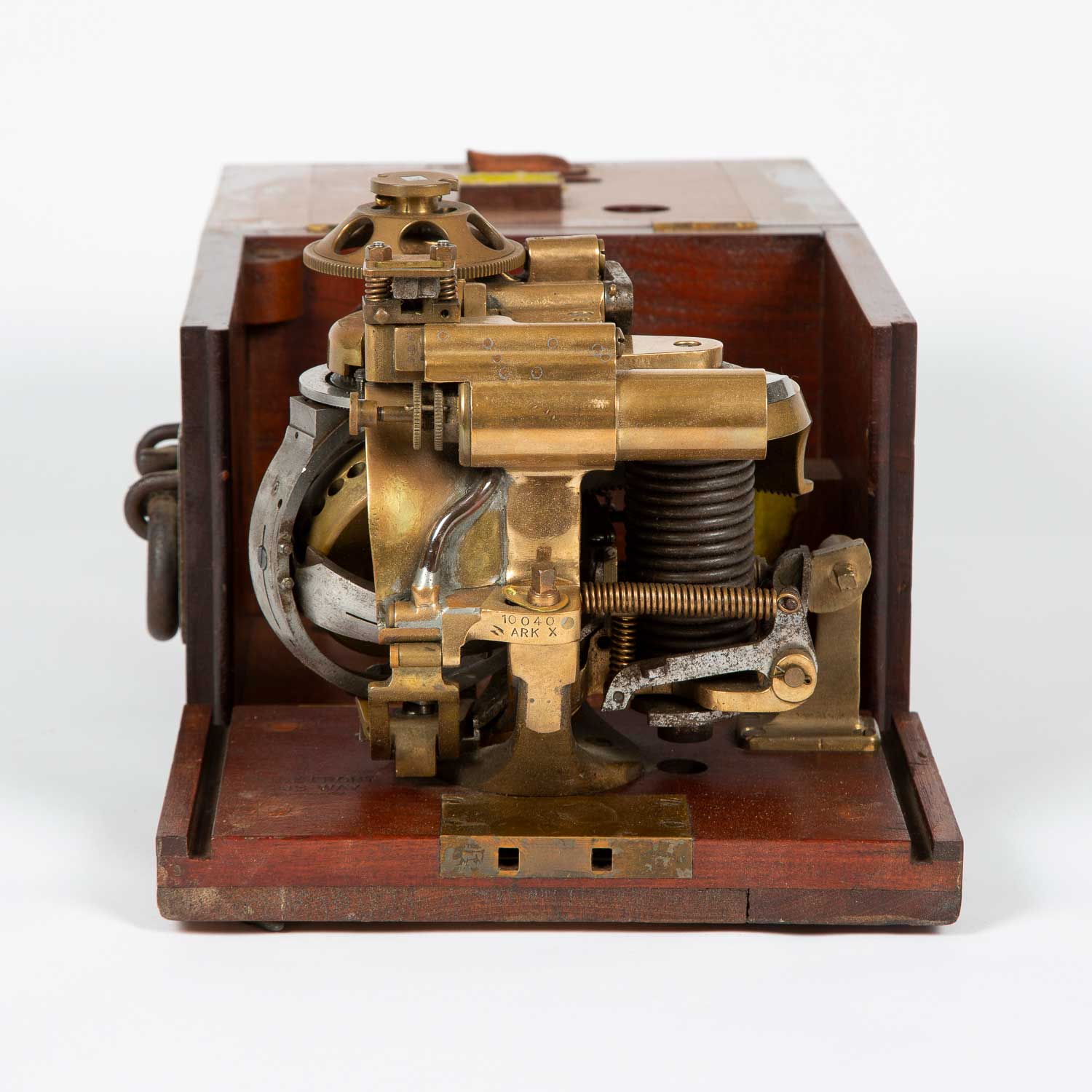 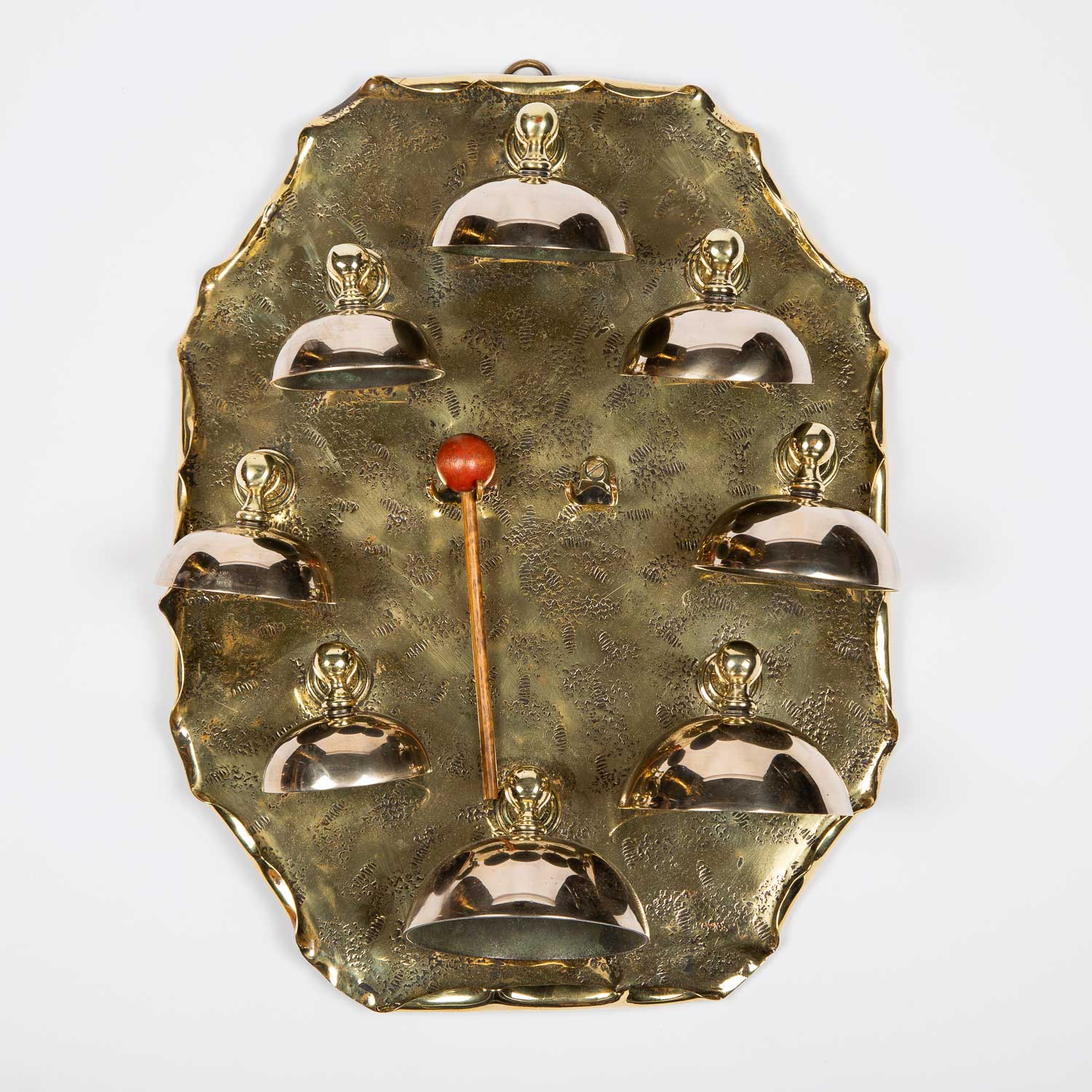