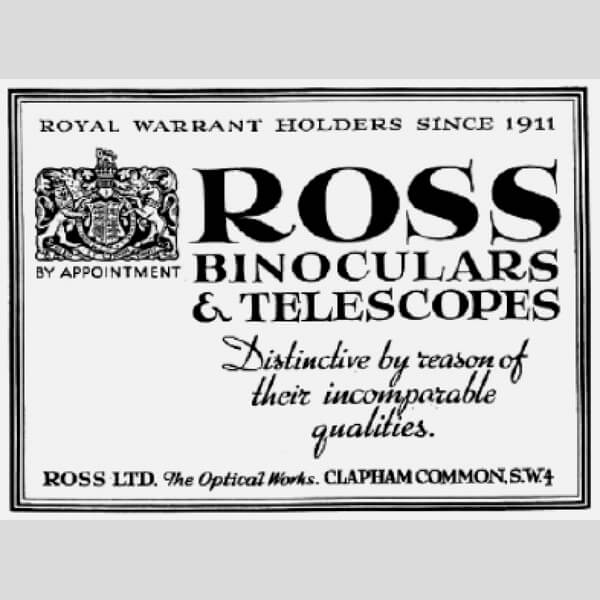 Ross & Co, London - Ross (optics) was founded by Andrew Ross (1798–1859) in 1830. During Andrew Ross's lifetime, the company was one of the foremost lens manufacturers. After Andrew's death in 1859 his son-in-law John Henry Dallmeyer left the firm to establish his own optical company in 1860 and the company was run by Ross's son, Thomas, and became known as Ross & Co. By the 1890s was also making Zeiss and Goerz lenses under licence for sale in the UK and the British Empire. Ross patented a Wide Angle lens design and Zeiss took this further to produce their EWA Protars, before WWI Ross and Zeiss worked quite closely together, but at the outbreak of War the British Government put Ross in control of the newly opened Carl Zeiss binocular and optical factory in Mill Hill, London. Up until the mid-20th century Ross & Co continued to produce lenses, as well as binoculars and epidiascopes.