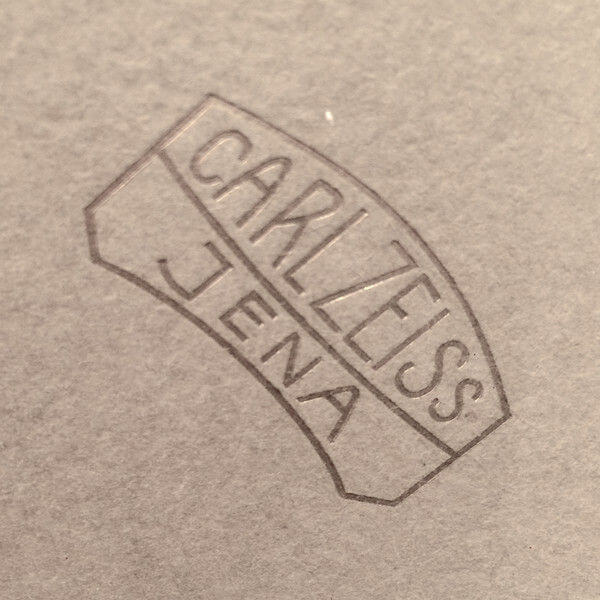 Carl Zeiss Jena, Germany - Carl Zeiss (1816 –1888) was a German maker of optical instruments, telescopes, binoculars, microscopes, camera lenses, Planetarium etc. He is best known for the company he founded circa 1840, Carl Zeiss Jena, now Carl Zeiss AG. In 1861 he was awarded a gold medal at the Thuringian Industrial Exhibition for his designs. They were considered to be among the best scientific instruments in Germany. In 1872, he joined up with physicist Ernst Abbe.

Their combined efforts lead to the discovery of the Abbe sine condition. Theoretically, the Abbe sine condition could greatly improve how well lenses could be made. However, a form of glass strong enough to fully test the theory did not exist at the time. Abbe then met Otto Schott, a thirty-year-old glass chemist who had just received his doctorate. They collaborated and in 1886, produced a new type of glass that could fully use the Abbe sine condition,the apochromatic. WWII code = blc.