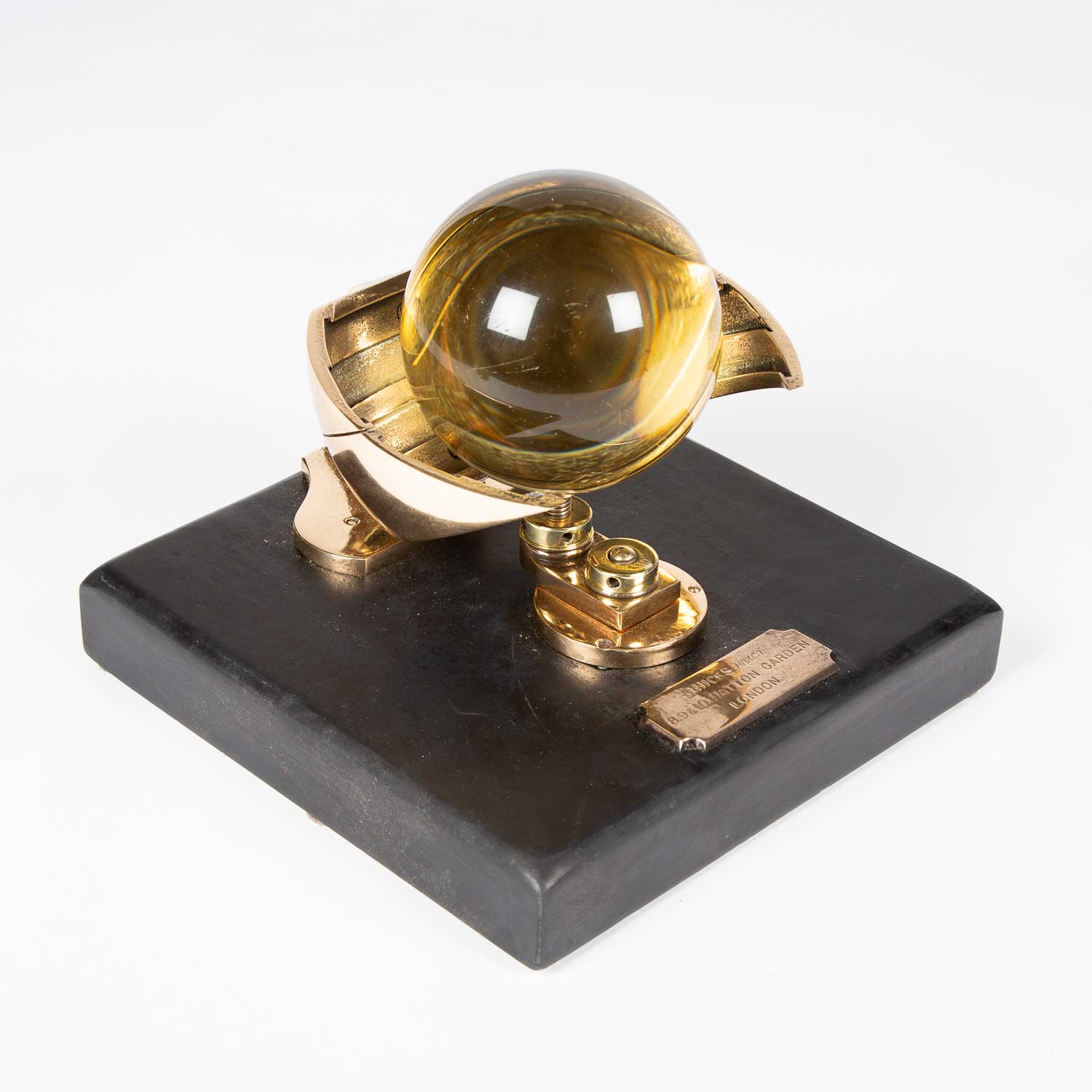 A Campbell–Stokes sunshine recorder, by J Hicks of Hatton Garden, London, circa 1900.

For a similar Campbell-Stokes sunshine recorder see the collection of the Science Museum, London, object number: 1926-949.

Apprenticed to L. P. Casella of Hatton Garden, London in 1852.

Gold medal for improvements in thermometers and other philosophical instruments in 1885.

The Campbell–Stokes sphere is used to record sunshine. It was invented by John Francis Campbell in 1853 and modified in 1879 by Sir George Gabriel Stokes.

The original design by Campbell consisted of a glass sphere set into a wooden bowl with the sun burning a trace on the bowl.

Stokes’s refinement was to make the housing out of metal and to have a card holder set behind the sphere. 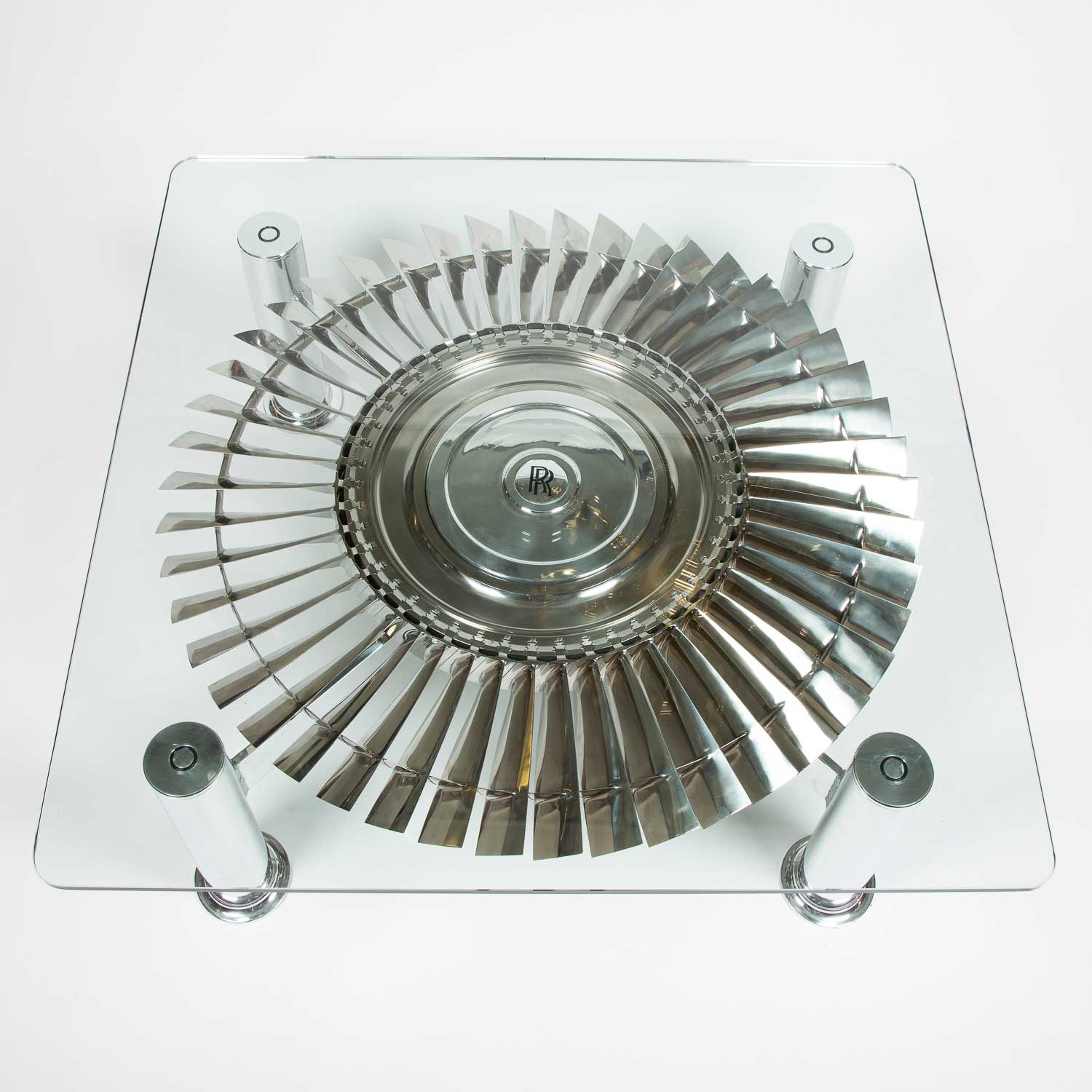 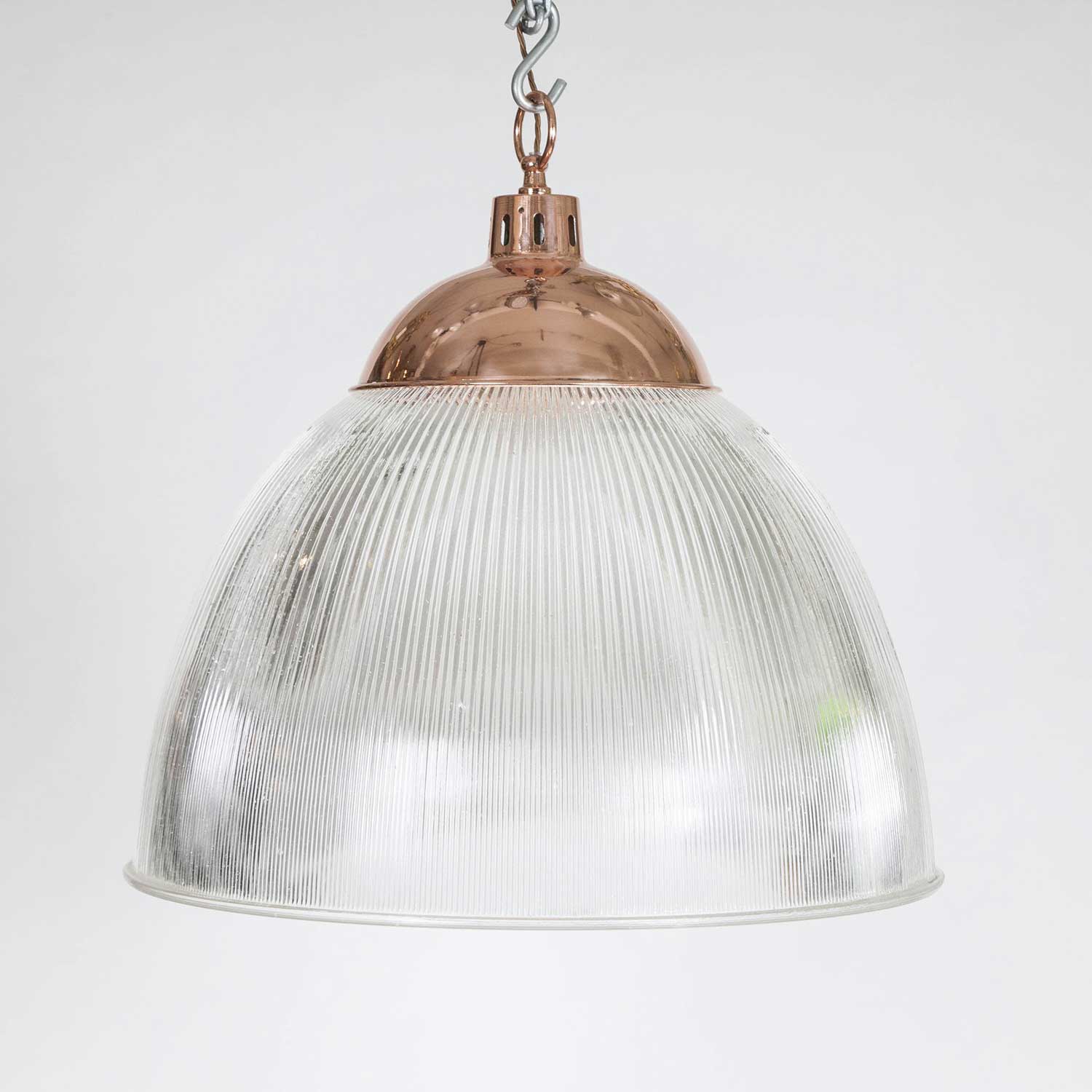 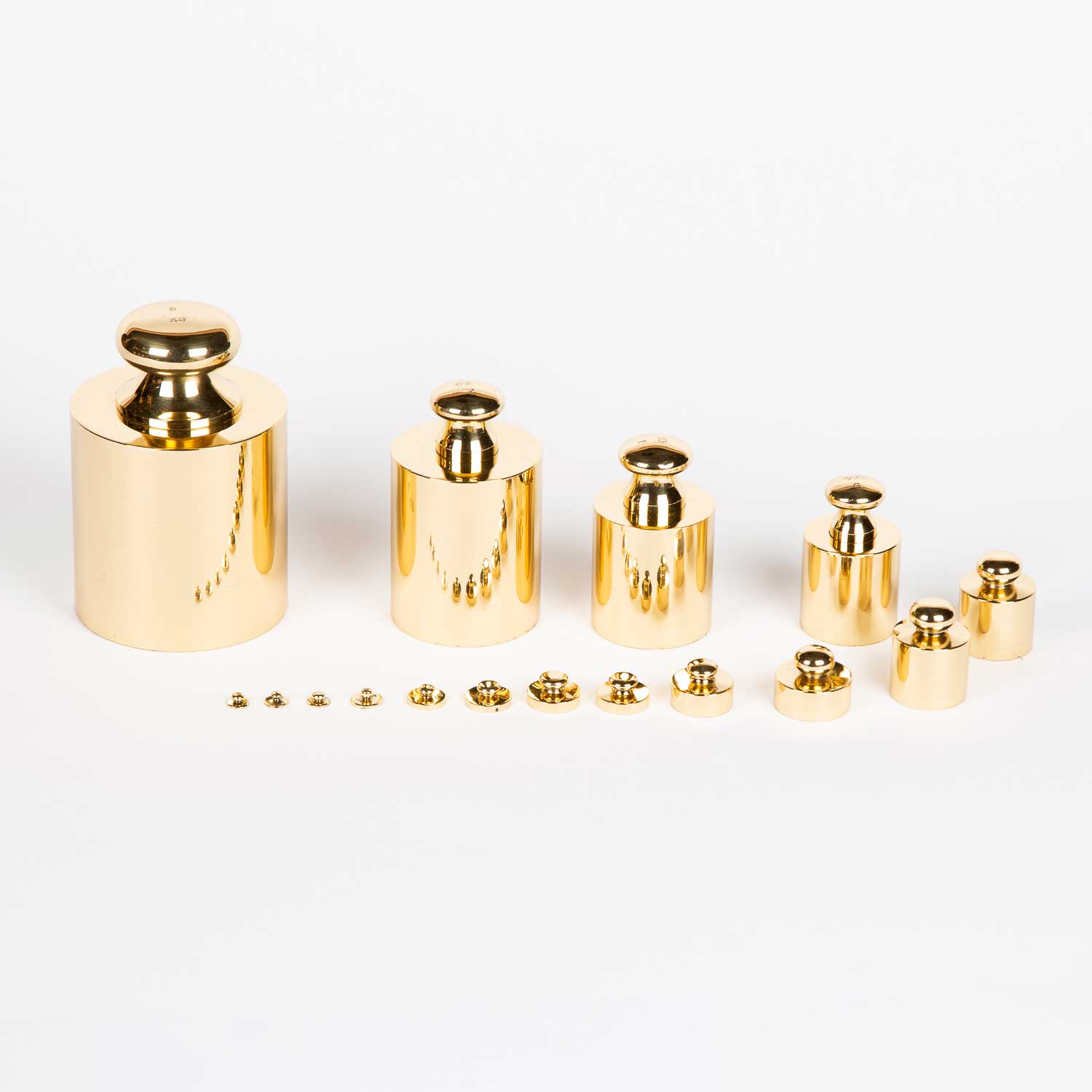 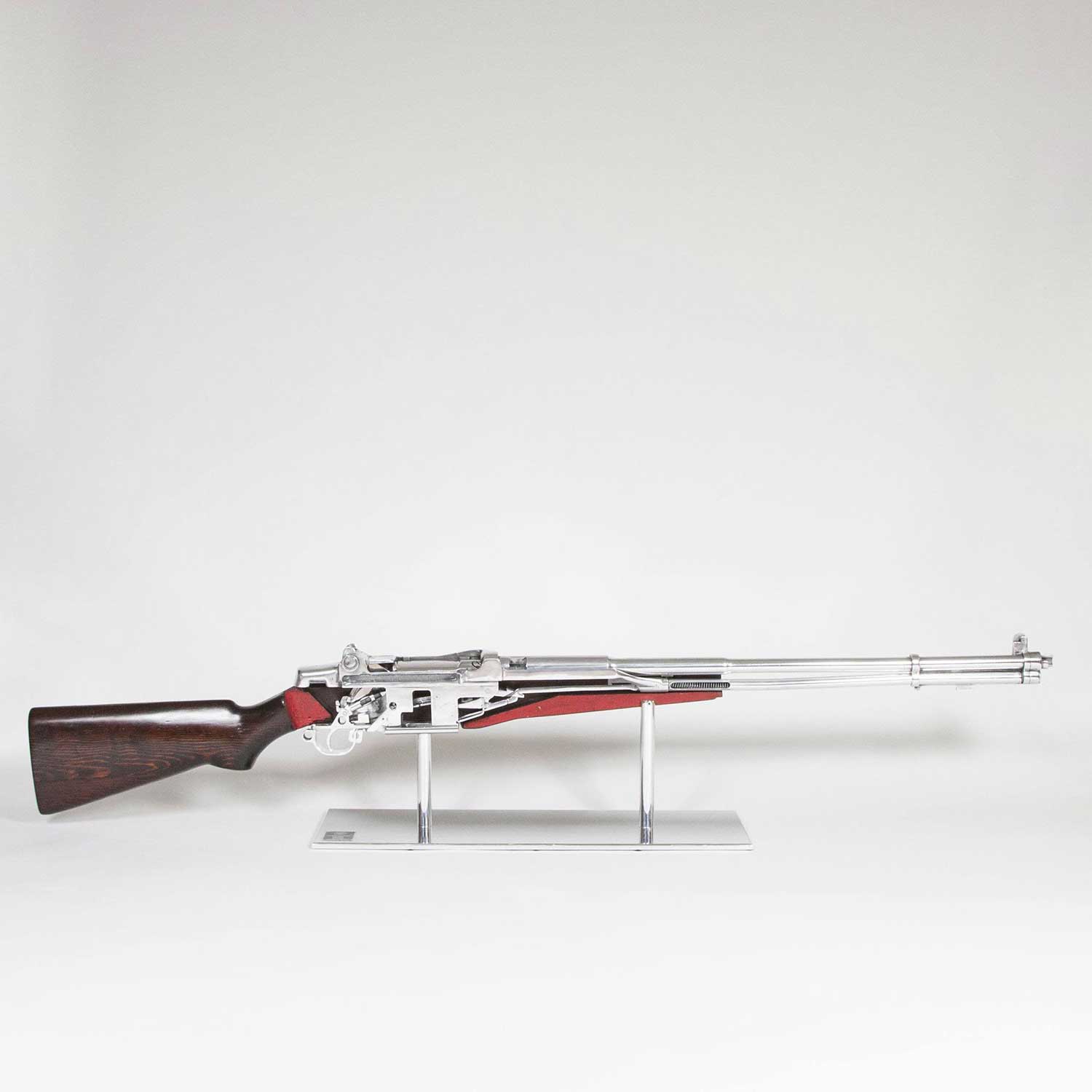